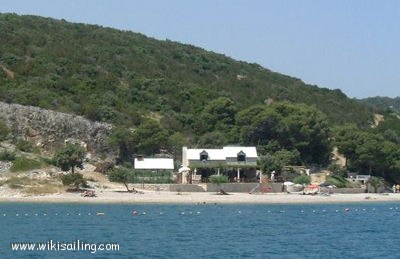 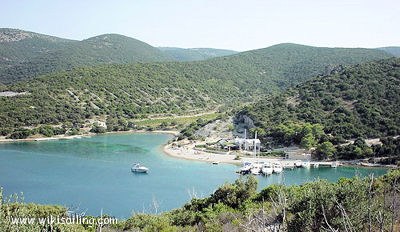 Uvala Luka, at bottom, is one of the safest anchorages and sheltered more than Kanal of Brack. At the bottom of the bay, there is an abandoned farm and a footpath.
Good protection from all directions.
2011/07/5
Update
Jojo

13nm
230°
Starogradski is a large deep bay, open to the NW, which houses the city and the port of Stari Grad on its SE end.
There are several bays, including its N side, where it is possible to anchor. On the other side there is an anchor in front Gradisce.
31 May 11
Jojo

1.6nm
101°
Povlja is a village NE of Brac.
The best shelter is located behind the wharf where to moor at right angles if possible.
You can anchor in the NW of the pier by 8 m of water.
5 Jul 11
Jojo

2.6nm
284°
Pucisca is the port and the largest city on the N side of Brac. It is a place known for a tradition of stone masons, and stone of Brac has been used for the construction of the White House in Washington among others.
The name comes from Pucisca lat. puteus: wells as sources of ...
5 Jul 11
Jojo

3.9nm
6°
The small village of Mimice is on the shore of Bracki Kanal, 11 km from Omis and 25 km from Makarska. Her little crowded harbor offers some protection.
Rocks are near the coast, 1 NM E and 0.7 NM W of the port. A wreck lies at the W Brcanceva Rt.
We moored alongside the breakwater ...
4 Jun 11
Jojo

21nm
239°
Plakeni islands, or Cursed Islands, are located at the W and S of Hvar town.