Uvala Duboka Vela is located on the N coast of O. Sveti Klement. 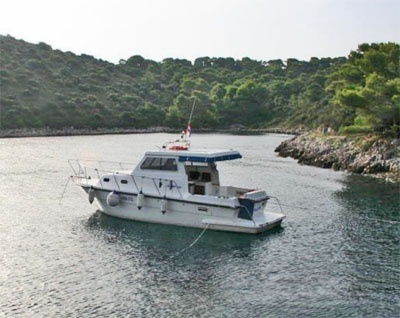 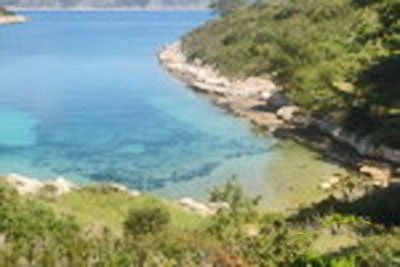 0nm
208°
Plakeni islands, or Cursed Islands, are located at the W and S of Hvar town.

0.7nm
7°
Pakleni Kanal lies between Pakleni Otoci and Otok Hvar.
It is a deep and wide channel, with access at both ends, which leads to Luka Hvar.
This channel is frequented by small vessels with local knowledge and affords good shelter from the bora, although heavy squalls may be encountered.
The ...
30 May 11
Jojo

7.7nm
76°
Starogradski is a large deep bay, open to the NW, which houses the city and the port of Stari Grad on its SE end.
There are several bays, including its N side, where it is possible to anchor. On the other side there is an anchor in front Gradisce.
31 May 11
Jojo

1nm
255°
The island Sveti Klement is the largest of the "Pakleni Otoci".
Its area is 5.27 square kilometers and it has 29.891 km of rocky coasts.
A portion of the island, whose highest peak, Glavica, is 94 m high, is covered with scrub and pine woods.
The island is surrounded by ...
27 May 11
Jojo

28nm
253°
Otok Svetac (Andrija), 305m high, lies 13 miles ESE of Otocic Jabuka and is generally steep-to. The coast of the island is rocky and reddish in color on the NW side. Its SW end is fronted by a few rocks. Hrid Kamik, a dark and jagged above-water rock, lies 0.7 mile W of the SW extremity ...
25 May 11
Jojo