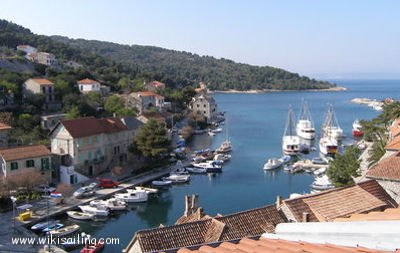 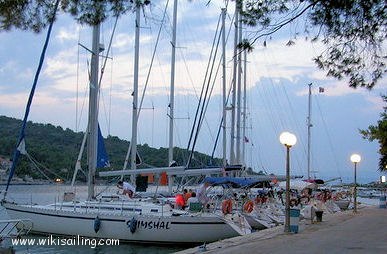 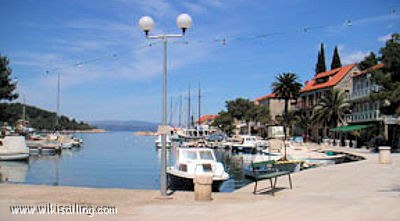 Stomorska is the oldest port on the island. The first inhabitants settled in the 16th century.
Wearing Stomorska became famous for its large fleet of wooden boats used to transport wine and olive oil on the continent of Solta and Italy. Only 5 or 6 boats like these are still in the port of Stomorska.
It can be anchor and take a line ashore S of the ferry berth.
Good protection from the wind except N.
2011/07/6
Update
Jojo

12nm
174°
Plakeni islands, or Cursed Islands, are located at the W and S of Hvar town.

11nm
173°
Pakleni Kanal lies between Pakleni Otoci and Otok Hvar.
It is a deep and wide channel, with access at both ends, which leads to Luka Hvar.
This channel is frequented by small vessels with local knowledge and affords good shelter from the bora, although heavy squalls may be encountered.
The ...
30 May 11
Jojo

13nm
140°
Starogradski is a large deep bay, open to the NW, which houses the city and the port of Stari Grad on its SE end.
There are several bays, including its N side, where it is possible to anchor. On the other side there is an anchor in front Gradisce.
31 May 11
Jojo