Pak Nam Satun (or Satul) lies about 10 miles NE of Pulau Langkawi and is well sheltered by the islands from the Southwest Monsoon.

Satun is one of the southern provinces of Thaïland.

The name Satun is a Thai version of its original Malay name: Setul.

Until 1813 Satun was a district of the Malay state of Kedah, then known as Setul Mambang Segara or Mukim Setul n Malay.
After that date it was administered by a governor sent from Nakhon Si Thammarat.
In 1897 Satun became part of Monthon Saiburi (now Kedah), which in 1909 was divided between British Empire and Siam as part of Anglo-Siamese Treaty of 1909.
While most of Kedah was ceded to Britain, Satun was awarded to Siam because it had a relatively large Thai population.
Satun was then incorporated into Monthon Phuket. The monthon system was ended in 1933, and Satun province became a first-level subdivision of Thailand. 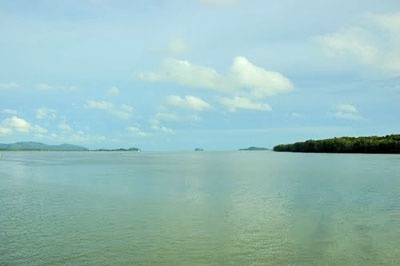 6.1nm
165°
Paknam Satul (Pak Nam Satun) lies about 10 miles NE of Pulau Langkawi and is well sheltered by the islands from the Southwest Monsoon.
The port town of Kuala Perlis (Sungai Perils) lies about 7 miles SSE of Paknam Satul; coasting vessels anchor off it, in 5.5m, SW of a group of ...
1 Dec 11
Jojo

16nm
225°
Located E coast of Malaysia.It's the most easterly anchorage for Langkawi. Being surrounded by a cluster of islands adds to the calm conditions  in most winds, but being close to the open sea, sometimes there's a
bit of ground swell to contend with. The water is clean ...
27 Nov 11
Jojo

21nm
225°
Pulau Tuba (5 km S of Langkawi) is the only inhabited island besides the main island of Langkawi itself. This Langkawi island gets its name from the tuba roots. It is the only other island that offers accommodation and there are a few places to stay.
At Pulau Tuba, you can experience ...
27 Nov 11
Jojo

17nm
261°
Tanjung Rhu has 2 choices of anchorage.
The outer area just after entering the bay from the northern channel is fairly restricted for where you can anchor, as a lot of it has shoals in the southern part.
It can also get lumpy if winds freshen out of the West or NW. To enter ...
15 Dec 11
Jojo