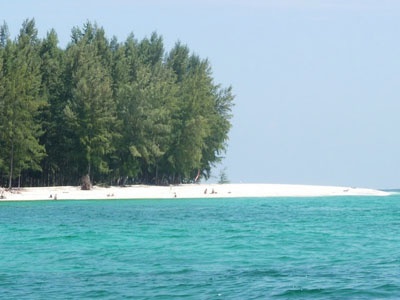 Ko Adang is a wooded island with a long white beach on the W coast. It is 30 km² and is part of National Natural Park.
2011/11/28
Aggiornare
Jojo
Condividi i tuoi commenti o le foto su "Ko Adang (Butang)"

4.8nm
282°
Big desert island, with a significant advantage over its cousins​​, that of having fresh water, Ko Rawi is located N of Ko Butang, E of Ko Adang. Its SE coast is populated with coral reefs and tropical fish.

10nm
79°
Koh Tanga and Koh Chuku, halfway between Butang and Tarutao offer great snorkelling, diving and fishing.
The best anchorage is found on the east or west coasts between the north and south Tangas, depending on wind direction and ground swell. Alternative daytime anchorage can ...
28 Nov 11
Jojo

3.3nm
170°
Koh Lipe is a small island in the Southern part of the Andaman sea. It is located in Satun Province, close to Langkawi island (Malaysia), about 60 Kilometres (38 miles) from the mainland.
It is part of the Tarutao National Marine Park, a large group of over 70 islands, and ...
27 Nov 11
Jojo

1.4nm
235°
Anchorage can be found in 16 metres off the white sand beach east of Koh Barat.
This spot is suitable during both seasons, although it is exposed to ground swells.
Alternatively, around Koh Barat some shallower spots in and around 8 metres offer good holding in suitable conditions.
Otherwise, ...
27 Nov 11
Jojo

3.5nm
69°
Ko bitsi, which is uninhabited, has a nice reef where it is pleasant to the mask and snorkelling. Northeast of Koh Adang is a small island with good holding close to shore on either the east or west coast depending on the season and ground swell.
28 Nov 11
Jojo