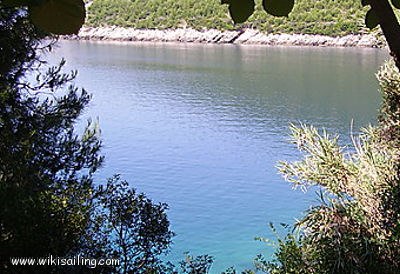 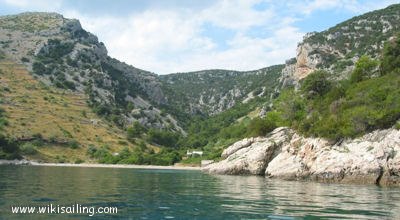 13nm
249°
Starogradski is a large deep bay, open to the NW, which houses the city and the port of Stari Grad on its SE end.
There are several bays, including its N side, where it is possible to anchor. On the other side there is an anchor in front Gradisce.
31 May 11
Jojo

1.5nm
57°
Sumartin was founded in the seventeenth century by refugees driven out of the continent by the Turks. The port is used by the car ferry and fishing boats.
5 Jul 11
Jojo

21nm
251°
Plakeni islands, or Cursed Islands, are located at the W and S of Hvar town.

3.8nm
355°
Povlja is a village NE of Brac.
The best shelter is located behind the wharf where to moor at right angles if possible.
You can anchor in the NW of the pier by 8 m of water.
5 Jul 11
Jojo

2.9nm
41°
This creek is considered the most beautiful in Croatia by the navigational guide to Imray and yes she is beautiful with beautiful turquoise color and fragrant pines. The only problem is congestion.
If the bottom of the cove is fully occupied, it must anchor in the front by 12 meters ...
5 Jul 11
Jojo