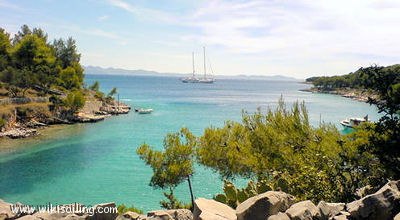 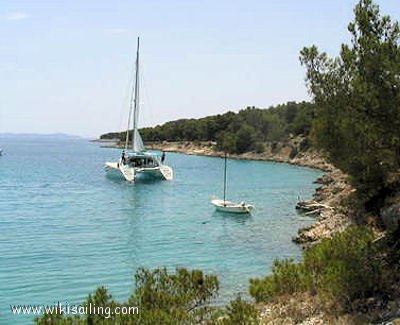 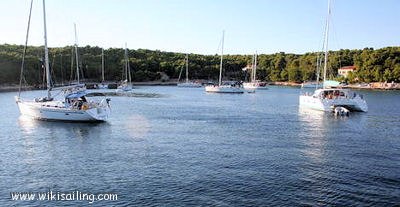 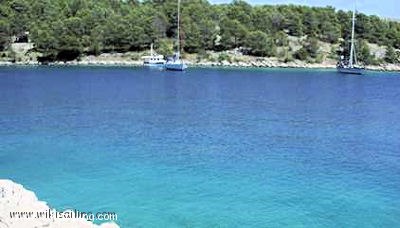 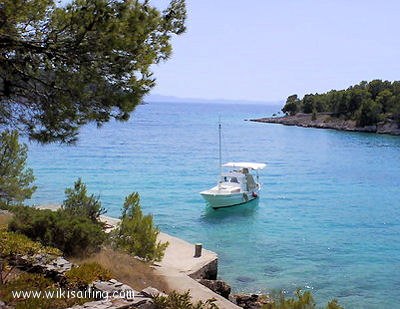 This bay consists of several branches sheltered from all winds.
The mooring is paid, the trash is collected in the morning it offers fresh bread, milk and even newspapers (Croatian of course).
2011/07/5
Update
Jojo

Restaurant serves only fish unless anything else is ordered in advance. There is no menu and the bill was somewhat of a surprise.
2012/07/15
Update 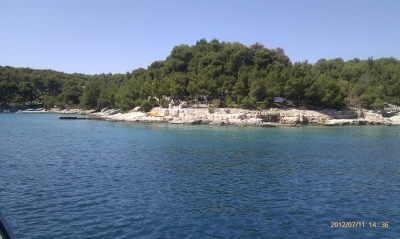 9.1nm
199°
Plakeni islands, or Cursed Islands, are located at the W and S of Hvar town.

8.1nm
145°
Starogradski is a large deep bay, open to the NW, which houses the city and the port of Stari Grad on its SE end.
There are several bays, including its N side, where it is possible to anchor. On the other side there is an anchor in front Gradisce.
31 May 11
Jojo

8.3nm
200°
Pakleni Kanal lies between Pakleni Otoci and Otok Hvar.
It is a deep and wide channel, with access at both ends, which leads to Luka Hvar.
This channel is frequented by small vessels with local knowledge and affords good shelter from the bora, although heavy squalls may be encountered.
The ...
30 May 11
Jojo