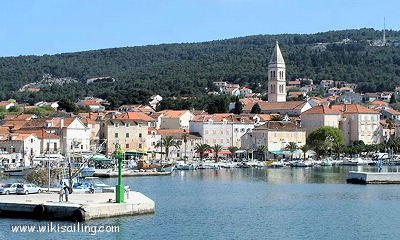 Located around a bay in the shape of a horseshoe, is the administrative center Supetar Brac. It is connected to Split by car ferry frequently.

We can dock along the breakwater inside or outside the local boats in the inner part of the port.

You can also wet sand on the bay to the west of the port, the time for lunch or for shopping.
The port is protected from all winds except the NW and N.
2011/07/5
Update
Jojo
Cátering Pipo
2019/06/24
Update 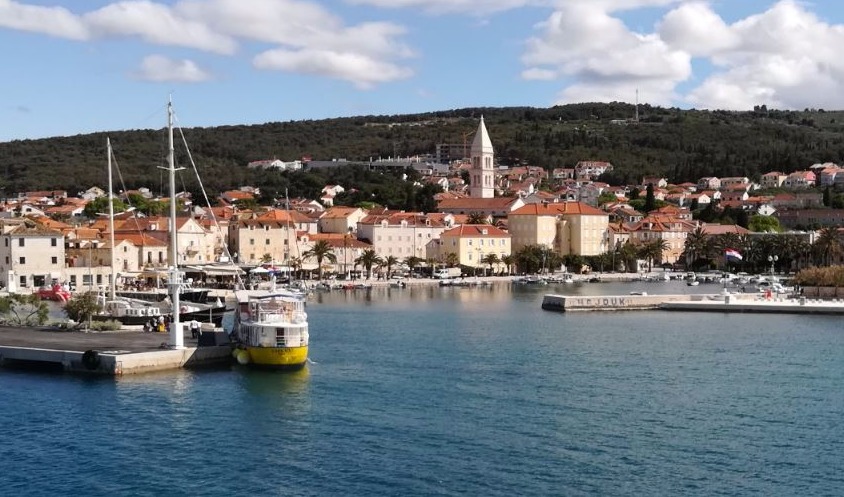 11nm
179°
Starogradski is a large deep bay, open to the NW, which houses the city and the port of Stari Grad on its SE end.
There are several bays, including its N side, where it is possible to anchor. On the other side there is an anchor in front Gradisce.
31 May 11
Jojo

15nm
208°
Plakeni islands, or Cursed Islands, are located at the W and S of Hvar town.

14nm
209°
Pakleni Kanal lies between Pakleni Otoci and Otok Hvar.
It is a deep and wide channel, with access at both ends, which leads to Luka Hvar.
This channel is frequented by small vessels with local knowledge and affords good shelter from the bora, although heavy squalls may be encountered.
The ...
30 May 11
Jojo

2.3nm
101°
Uvala Zastup, also called Spliska or Splitska is divided into two bays.
E arm of the bay is equipped with dock and home to the village of Spliska at the end.
Moor head or ass to dock or anchor in the west of the bay by 3 to 12 m deep.
Both of the bay are exposed to wind N.
5 Jul 11
Jojo

3.1nm
269°
The port is home to many local boats and you may have to put yourself in these couples. Only small structure can be to dock, the others must anchor in front of the port.
The harbor is sheltered from the NE to the west through the S.
5 Jul 11
Jojo