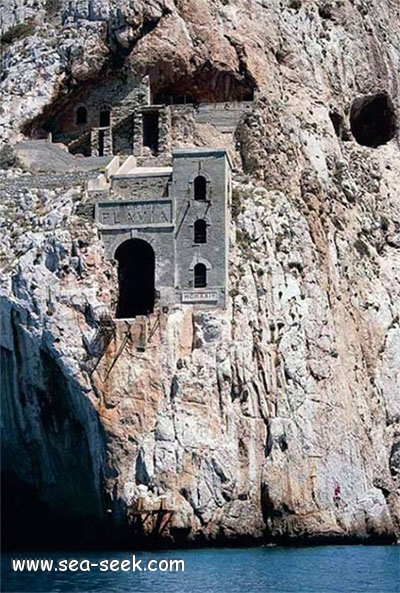 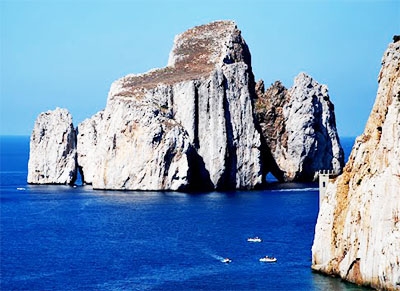 0.4nm
245°
Pan di zucchero cliff is the most remarkable of small islands that are found in this part of the Sardinian coast.

1.9nm
144°
Lamarmora laundry, situated in a unique location and picturesque on the Nebida coast, was built in 1897 by the "Société anonyme Nebida."Its realization with sea view was necessary to facilitate the transport of minerals from the place of extraction of the peninsula, and have on ...
6 Nov 12

2.7nm
329°
Behind Rama tip is  a small deep bay which ends with a sandy beach. It is very picturesque and protected from S winds, but dangerously exposed to the Mistral.

If time permits, you can anchor in the cove splendid.

2.7nm
326°
Rama tip, 300 m high, limit, to the W, the small cove Domestica, narrow and rocky.It has a tower that used to guard the cove Domestica entrance where was a small port to embark minerals from various mines in the area.
6 Nov 12

4nm
353°
Small marina located in the large Portixeddu bay tra Punta S. Nicolo e Capo Pecora. It is the only possible stop between Carloforte and Oristano. It is in Buggarru town.The Port is limited to yachts with shallow draft. The entrance and funds within the port are especially low because ...
7 Nov 12

6.2nm
0°
By fine weather, you can anchor, by 6 m,  in front of Portixeddu beach, separated from the beach of San Nicolo of Buggeru by the river Mannu mouth.
7 Nov 12