The Marina Kalimanj in Tivat is a well protected marina, a natural harbour, where the docking locations are safe.

All around the Marina there are ancient Venetian palaces protected by UNESCO, old churches, restored stables. 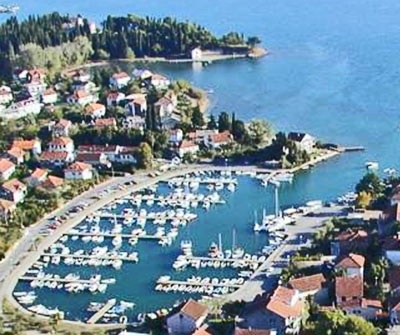 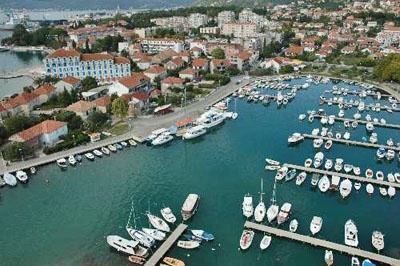 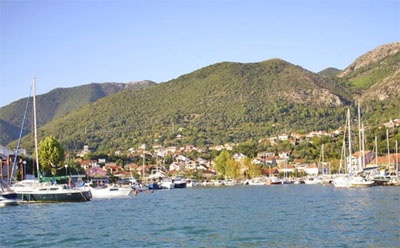 1.6nm
263°
The middle bay of Boka Kotorska, is connected to Topaljski Zaliv by Kumborski Strait, a deep passage.
This bay is steep and rocky on its S side, but the NE and NW shores, which are backed by mountains, are low and cultivated.
Uvala Kukuljina and UvalaKrtole, separated from each ...
12 Apr 11
Jojo

0.3nm
287°
Tivat is located on the coast of E Tivatski Zaljev is an administrative center and a tourist town.
Nearby there is an airport and an arsenal.
The public dock is located SE of the arsenal. Can moor along the wharf next available space.
The dock is dangerous winds W.
9 Apr 11
Jojo

1.1nm
202°
Ostrvo Stradioti, the largest of the islands lying in the SE part of the bay, is 37m high and is marked by several beacons at its W extremity. It is easily recognized against the lowlands in the background.
12 Apr 11
Jojo

0.5nm
314°
Tivat is a luxury yacht marina and adjacent waterfront development currently under construction. The construction site was a naval shipyard named Arsenal, which fell into disuse after the wars and the decline of the Yugoslav Navy. The attractive lot on which the shipyard is situated ...
9 Apr 11
Jojo

1nm
223°
Plicina Jezicac, nearly awash, lies at the outer end of a spit which extends about 0.5 mile WNW from the N extremity of Ostrvo Stradioti. Vessels should not attempt to pass between this reef and the islands to the E.
12 Apr 11
Jojo