This small port is located at SE O. Sipan. The small island of Ruda is 0.5 million offshore.
In the bay to stay closer to the S side to avoid the rocks in the N.
The village of Sudurad with remarkable turn in the center, located at the bottom of the bay.
We anchor by 5 m W of rocks found.
Good protection from SW to N via the W ill of other directions.
2011/04/16
Update
Jojo 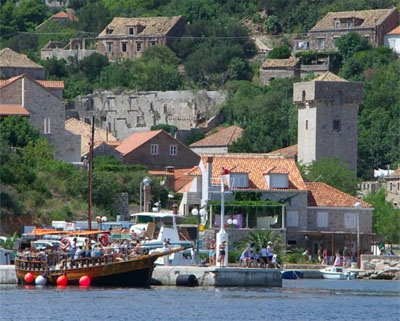 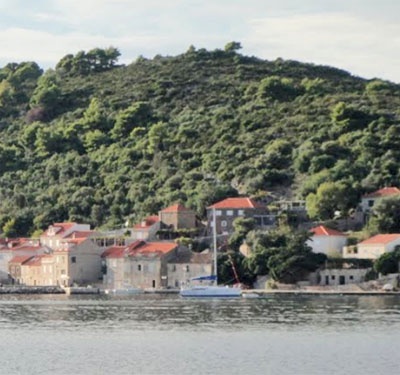 9.5nm
306°
Stonski Kanal, a deep inlet, indents the SE end of Poluotok Peljesac at the NW end of Kolocepski Kanal.
Its shore rises rapidly on each side and provides protection from NE and SW winds. The village of Brocej is situated on the S shore 3.8 miles within the entrance.
It is fronted ...
25 Apr 11
Jojo

2.4nm
128°
The island of Lopud belongs Elaphites. It is only 4.6 km2.
It has a pleasant village and some old buildings. You'll find a sandy beach.
There are two good anchorages: uvala Lopud (NW of the island), where is the village and uvala Sunj (SE of the island).
15 Apr 11
Jojo

4.7nm
295°
Otoc Jakljan, fronted by islets  (Kosmec and Crvina) on its N side, lies close NW of the SW extremity of Otoc Sipan.
A white stony peak, 225m high, stands near the center of this island and is conspicuous from seaward.
Jakljan island is separated of Sipan by a narrow passage, ...
16 Apr 11
Jojo

0.9nm
144°
Lopudska Vrata, a channel, leads between Otoc Lopud and Otoc Sipan. It is deep and sheltered from NW winds.
16 Apr 11
Jojo

4.7nm
119°
Kolocep island is located two NM from Dubrovnik. This small island is part of the archipelago of islands Elafiten.
Locals also call it Kalamota. Its area is 2.35 km2.
On the island there are two villages in the two largest bays of the island: Gornje Celo and Donje Celo that ...
15 Apr 11
Jojo