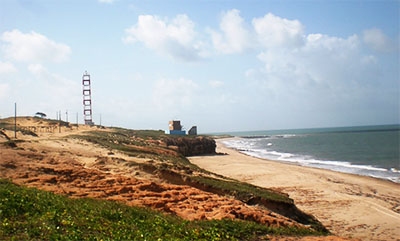 17nm
168°
The Iate Clube do Natal marina is in the town of Monsenhor Gil (Brazil).

17nm
168°
The port of Natal is situated at the mouth of the Rio Pontengi. The river flows into the sea through an opening in the barrier reef. The barrier reef forms a natural breakwater for the port.
The prevailing winds most of the year are from the ENE to SE.Formalities can be carried ...
13 Jan 16
Joëlle