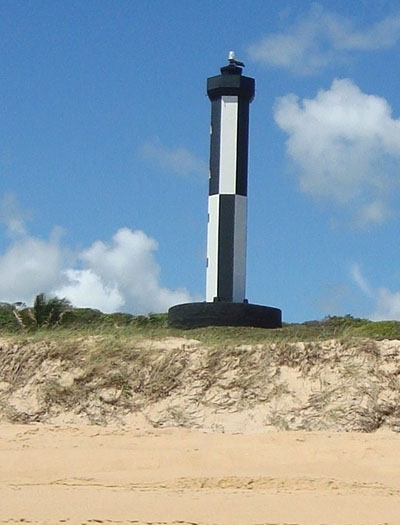 37nm
164°
Cabedelo is situated approximately 100MN south of Natal where the Rio Paraiba enters the sea. It's location makes it a useful arrival/departure point for Brazil. It is situated on the eastern bank of the Northern Paraíba River Estuary, just 18 km from João Pessoa City, Capital ...
13 Jan 16
Joëlle

Although the channel leading up to this mini-marina is not sufficiently ...
13 Jan 16
Joëlle

37nm
341°
The port of Natal is situated at the mouth of the Rio Pontengi. The river flows into the sea through an opening in the barrier reef. The barrier reef forms a natural breakwater for the port.
The prevailing winds most of the year are from the ENE to SE.Formalities can be carried ...
13 Jan 16
Joëlle