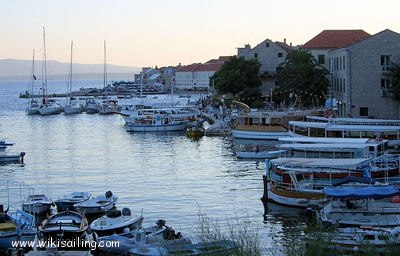 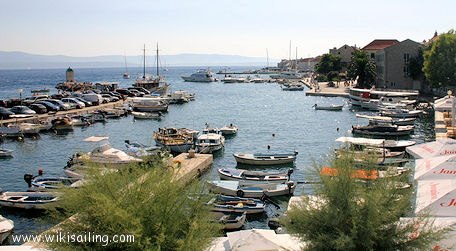 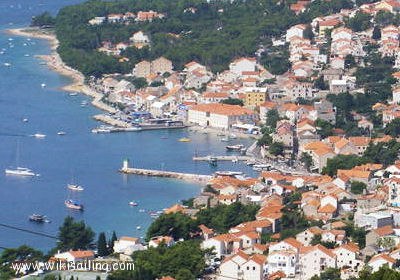 6nm
227°
Starogradski is a large deep bay, open to the NW, which houses the city and the port of Stari Grad on its SE end.
There are several bays, including its N side, where it is possible to anchor. On the other side there is an anchor in front Gradisce.
31 May 11
Jojo

13nm
243°
Plakeni islands, or Cursed Islands, are located at the W and S of Hvar town.

12nm
246°
Pakleni Kanal lies between Pakleni Otoci and Otok Hvar.
It is a deep and wide channel, with access at both ends, which leads to Luka Hvar.
This channel is frequented by small vessels with local knowledge and affords good shelter from the bora, although heavy squalls may be encountered.
The ...
30 May 11
Jojo

18nm
177°
Zaljev Vela Luka is a large bay on the E O. Korcula. Many coves occupy the bay. At the bottom of it is the port of Vela Luka, an active and well sheltered.
Easily identifiable by day or night, you can enter this great bay in all weather.
Dangers in the general approach are the ...
21 May 11
Jojo

10nm
169°
Otok Scedro lies 3 miles E of Hridi Lukavci.
It is 2,7 km off the S coast of island of Hvar.The inhabited island is elevated at each end and slopes towards the sea in the middle. Its coastline includes many coves where you can get wet. The two most popular are Uvala Uvala Lovisce ...
25 May 11
Jojo