Stands on the W bank of the rio Tocantins, about 90 NM from Belem. The town is built on the river bank and is an important trade center. The tidal range is about 3m; the current attains a rate of about 2.5 knots.
2016/01/11
Update
anonymous 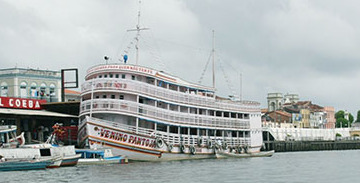