The shore at the foot of Mount Orlando 107m high, has an appearance very rocky and steep cut.
However, when it is perfectly calm sea, moor between two heads of rocks on the eastern flank of Acciolu (174 m) where the falling stone submarines are very beautiful.
Note however by drop an anchor does not jammed between two rocks with 10 to 15m background. The site is very wild and desert.
2012/05/8
Update
Jojo 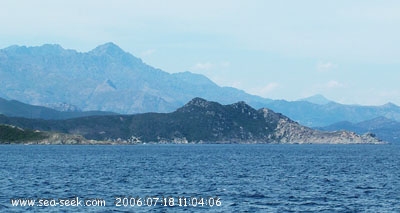 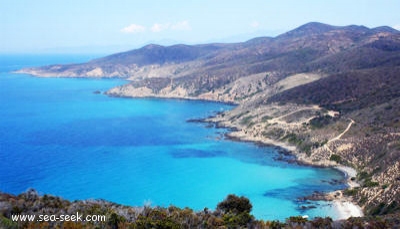 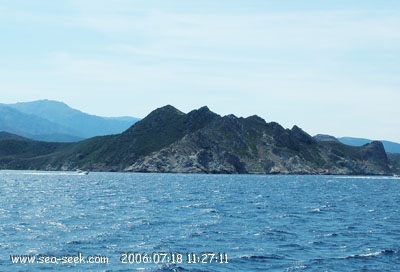 18nm
81°
Capo Sagro is located at 11 NM. S Finocchiarola islands. He has a signal station and a semaphore rises N of it.
Mount Merizatodio, 778 m high, is 1.5 MN to W Cape and dominates the immediate area. The village of Erbalunga, situated 1.5 miles SSW of Capo Sagro, stands on the S ...
6 May 12
Jojo

9.8nm
90°
The Gulf of Saint Florent form a large body of water open to the North to NW winds, but sheltered by the mountains Libeccio of Balagne.
Strong wind blows from east sometimes jump off the mountain which is extended by the Cap Corse and a rise in the Gulf chop rather unpleasant.
The ...
6 May 12
Jojo

2nm
188°
NM at NE of "l'Ile Rousse",  this cove, named also Porajola or Parajola, is bordered by a beautiful beach S from a tower genoese and a white cliff.
The shelter is good by SE winds, but exposed to those of West. A river flows south from the beach and creates ...
8 May 12
Jojo

2.8nm
52°
The entrance is clear of any danger and we dropped anchor in the center of the loop by 2 to 3m of water.
This indentation offers a shelter suitable for moderate wind from west, which is very rare throughout the Agriates desert. But the anchorage in the entrance is exposed to the ...
8 May 12
Jojo

3.7nm
58°
Beautiful beach SW Punta Negra where it is possible to anchor by good weather.
8 May 12
Jojo

3.9nm
214°
This first beach after Ile Rousse, just east of a Genoese tower, offers no shelter from sea winds.
However, it is very crowded in good weather as the road passes nearby and a large holiday village was built just to the east.
8 May 12
Jojo