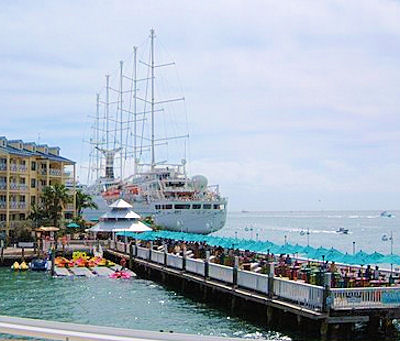 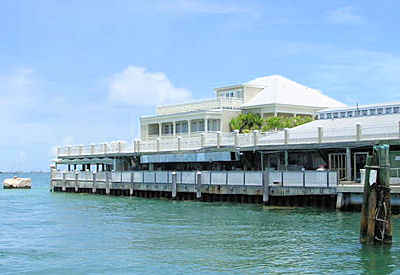 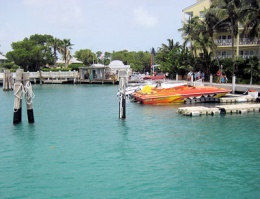 17nm
271°
The Marquesas Keys (not to be confused with the Marquesas Islands (French Polynesia in the Pacific Ocean) form an uninhabited island group about 30 miles (50 km) west of Key West, 4 miles (6 km) in diameter, and overgrown by mangrove. They are protected as part of the Key ...
8 Apr 12
Cham

6.1nm
79°
Boca Chica Key is an island in the lower Florida Keys approximately 3 miles east of the island of Key West.
Its name is Spanish for "small mouth", (not "girl mouth" as many assume, since chica used as an adjective in Spanish means small).It is mainly composed of salt marshes (mangroves) ...
15 Apr 10
Joëlle

3.8nm
79°
Stock Island is an island in the lower Florida Keys immediately east of Key West (separated from Key West by Cow Key Channel, which is only about 75 yards (70 m) wide).Immediately northwest is Key Haven (official name Raccoon Key), from which it is connected by causeway with US 1 ...
19 Mar 10
Joëlle

1.4nm
27°
Fleming Key is an island off the northwest corner of the island of Key
West, Florida in the lower Florida Keys. It is roughly 2 miles (3.2 km) long by a quarter mile wide.
It is connected to the island of Key West by the Fleming Key Bridge.
The island and bridge ...
19 Mar 10
Joëlle

0nm
213°
Municipal Wharf, also known as Mallory Wharf, is 870 feet long and has a deck height of about 7 feet.
The northerly half is privately owned by a condominium development.
The southerly half is operated by the Key West Department of Transportation as a cruise ship terminal.
Two ...
10 Mar 10
Albin

0.4nm
272°
The United States Navy constructed Tank Island to serve as a fuel tank depot during the Cold War. Dredging began in 1965 to form the island as well as to build passageways for submarines and other large vessels. However, the Navy's plans changed and the island saw little military ...
12 Mar 10
Joëlle