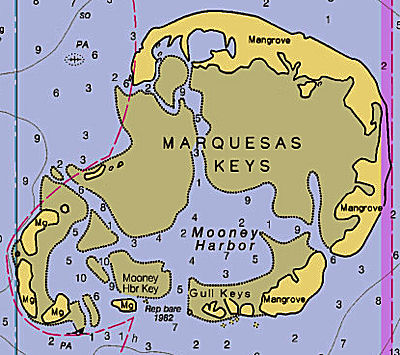 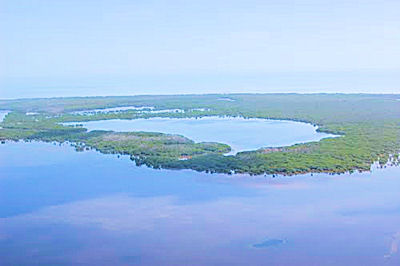 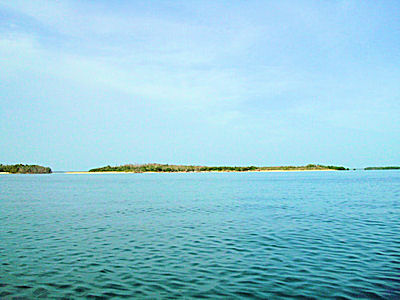 1.9nm
259°
Mooney Harbor Key is located only about nine miles from Boca Grand. After carefully picking your way around the island you'll find a great outside anchorage on the west side of the island. This anchorage, with water depths of around 10 feet almost to the shore can be found at 24°33.826'N ...
8 Apr 12
Cham

4nm
81°
Boca Grande Channel, between Boca Grande Key and the Marquesas Keys, is about 15 miles W from Key West.
The channel has a controlling depth of about 11 feet from the Straits of Florida to the Gulf of Mexico and is marked by daybeacons, but is seldom used except by local boats of ...
9 Apr 12
Cham

5.7nm
91°
A good anchorage was reported SE of Mooney Harbor with a 4-foot entrance marked by pipes and deeper water within.
16 Mar 10
Bali

23nm
88°
Boca Chica Key is an island in the lower Florida Keys approximately 3 miles east of the island of Key West.
Its name is Spanish for "small mouth", (not "girl mouth" as many assume, since chica used as an adjective in Spanish means small).It is mainly composed of salt marshes (mangroves) ...
15 Apr 10
Joëlle

7.3nm
107°
Boca Grande Key is located in the Outlying Islands of the Florida Keys, it is the largest and westernmost of the Mule Keys that are 9 miles (15 km) west of Key West.Well protected and uninhabited Boca Grande is the first natural harbor after leaving Key West.
15 Mar 10
bjvlb