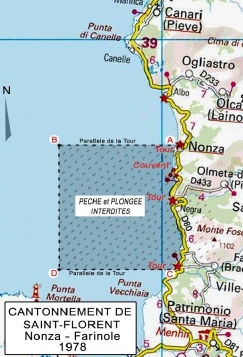 Marine de Negru is a tiny village set by a stony beach dominated by a Genoese Tower and a bridge with 2 arches.

It is located in the middle of nature reserve that stretches from the Genoese tower of Farinole south to the tower Paoline Nonza tower north.

Anchor by good weather only. 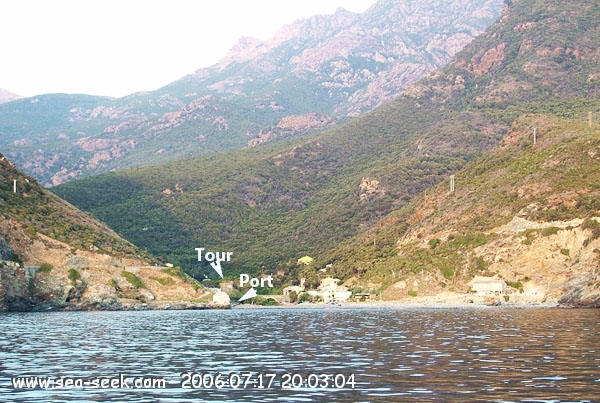 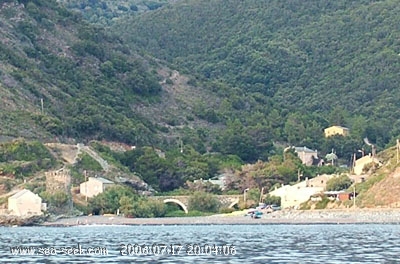 6.2nm
99°
Capo Sagro is located at 11 NM. S Finocchiarola islands. He has a signal station and a semaphore rises N of it.
Mount Merizatodio, 778 m high, is 1.5 MN to W Cape and dominates the immediate area. The village of Erbalunga, situated 1.5 miles SSW of Capo Sagro, stands on the S ...
6 May 12
Jojo

4.5nm
209°
The Gulf of Saint Florent form a large body of water open to the North to NW winds, but sheltered by the mountains Libeccio of Balagne.
Strong wind blows from east sometimes jump off the mountain which is extended by the Cap Corse and a rise in the Gulf chop rather unpleasant.
The ...
6 May 12
Jojo

26nm
51°
Capraia is one of the seven islands of the Tuscan Archipelago, on the road between Cape Corsica and Elba. It is an island of 335 inhabitants (the Capraiesi) of the Province of Livorno. It lies 64 km from Livorno, 37 km from Gorgona and 31 km from Corsica. Its area is 19 km2. It has ...
26 Feb 14
marchew

1.7nm
1°
Marine de Nonza is an open bay surrounded by a wide stony beach dominated by Nonza village in the south. Tower Nonza is a square building, built of stone and slate. This remarkable tower is 167 meters on a cliff (called "Monte") overlooking the sea and the village, on the ...
6 May 12
Jojo

A Genoese tower surrounded by two beaches, marking the southern tip of a fishing preserve.
On the ridge there are antennas transmitters Pigno.
6 May 12
Jojo