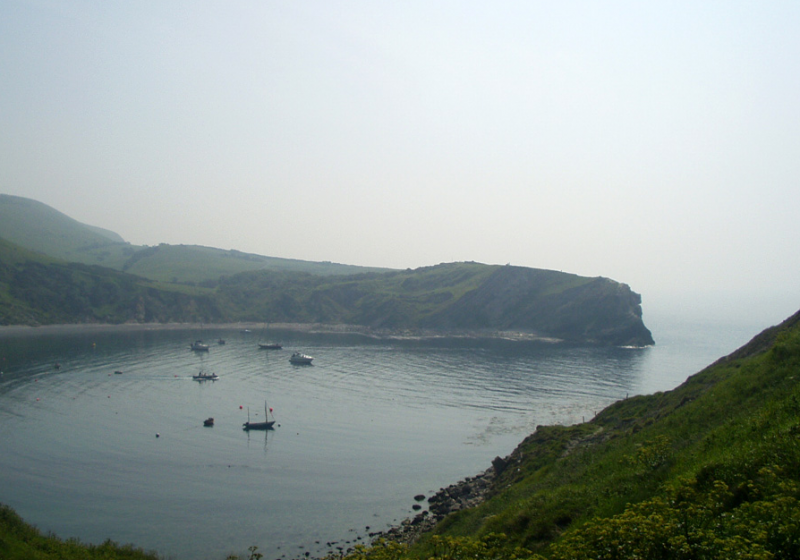 The English Channel (French: La Manche, "the sleeve") is an arm of the Atlantic Ocean that separates the island of Great Britain from northern France.
A number of major islands are situated in the Channel, as the Isle of Wight off the English coast and the British crown dependencies the Channel Islands off the coast of France. The coastline, particularly on the French shore, is deeply indented; the Cotentin Peninsula in France juts out into the Channel, and the Isle of Wight creates a small parallel channel known as the Solent.

As the English Channel is entered, and the fairway narrows, the rotatory currents of the approach become gradually more and more rectilinear. The rates of the currents in the fairway vary with the width, and are greatest in the narrowest parts.
In the middle of the fairway, between Bill of Portland and Saint Catherine’s Point, on the English coast, and Cap de la Hague and Pointe de Barfleur, on the French coast, currents attain rates up to about 3.5 knots at springs. In the widest parts, currents seldom attain rates  exceeding 2.5 knots at springs.

Although the surface current has a dominant NE and E directional set, it is influenced significantly by the wind, which is variable in direction during all seasons, although W winds predominate.
The prevailing direction of the North Atlantic current is therefore likely to be most in evidence after strong and long continued SW or W winds.

The time of HW changes rapidly along the French coast, and is about 6 hours later at Le Havre than at lle d’Ouessant. The time at which the tide turns usually differs considerably from the time of local HW. The flows, therefore, cannot be described as “flood” and “ebb”, and are usually termed E and W. However, it must be understood that the E current is that which runs up the Channel, from the Atlantic towards Dover Strait, and the W current that which runs down the Channel, from Dover
Strait towards the Atlantic.

The actual directions of the currents are reported to differ considerably from E or W. In the estuaries and rivers, currents are usually called the “incoming” and “outgoing” but may be referred to as flood and ebb. Among the Channel Islands, the times and directions of the flow differ greatly from those in the fairway of the English Channel. Therefore, care is required when approaching the above localities. The tidal flows at locations to the W and NW of Ile d’Ouessant are significantly affected by current due to the prevailing wind.

64nm
104°
An amazing armada of Allied troops, British, American, Canadian and more, landed on Normandy's beaches on 6th June 1944 to begin the liberation of Europe from years of Nazi occupation. The planners of this crucial event for European freedom codenamed it D-Day.
6 Jun 19
azerty

140nm
267°
The water separating the coast of England from that of France is known in the United Kingdom as the English Channel, and in France as La Manche.The climate of the English Channel is controlled to a large extent by the series of cyclonic disturbances that usually move toward the E ...
5 May 12
Geof

100nm
53°
Shipping lanes in the area are among the busiest in the world and for the safety of navigation Traffic Separation Schemes have been introduced to alleviate maritime casualties.
The United Kingdom Department of Transport view is that if a vessel, other than one less than 20m in ...
5 May 12
Geof 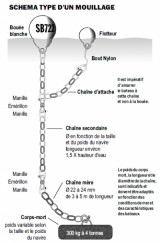 142nm
73°
Dover Strait , 18 miles wide at its narrowest part, separates the SE coast of England from the N coast of France. This stretch of water contains a number of dangerous banks, which are composed of coarse sand and broken shells. These shoal banks, which are comparatively narrow, extend ...
22 Jan 12
Abu2