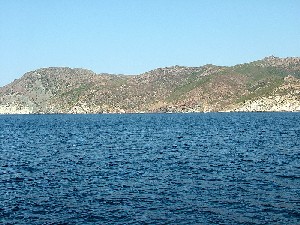 Capo Bianco, the NW extremity of the peninsula of Cap Corse, has a whitish appearance, but the coast to the N of it is rugged and black.
We can anchor between cape Bianco and Centuri. Sheltered from E wind, but open at from the offshore.
2012/05/4
Update
Jojo 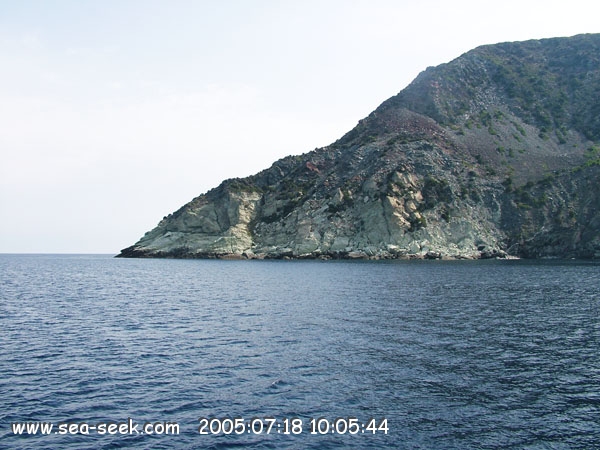 16nm
157°
Capo Sagro is located at 11 NM. S Finocchiarola islands. He has a signal station and a semaphore rises N of it.
Mount Merizatodio, 778 m high, is 1.5 MN to W Cape and dominates the immediate area. The village of Erbalunga, situated 1.5 miles SSW of Capo Sagro, stands on the S ...
6 May 12
Jojo

21nm
82°
Capraia is one of the seven islands of the Tuscan Archipelago, on the road between Cape Corsica and Elba. It is an island of 335 inhabitants (the Capraiesi) of the Province of Livorno. It lies 64 km from Livorno, 37 km from Gorgona and 31 km from Corsica. Its area is 19 km2. It has ...
26 Feb 14
marchew

1.1nm
46°
La cala di Arinella or Arinetta is located E from the signal station of Cape Grosso.
During good weather it is a beautiful place and there is never anyone!Yuo can anchor in front of shingle beach, there is enough water.
Grosso cape, 127m high, is located 1.2 miles NE of Capo ...
30 Apr 12
Jojo

1.8nm
177°
The iset Capense (isula di Capezza in Corsican) is a small island (about 2 ha) bathed by the Mediterranean Sea and located on the village of Centuri in the Cap Corse, off the port.

The islet Capense was fortified in the same time of the harbor at the twelfth or thirteenth ...
5 May 12
Jojo

1.7nm
173°
The approach of the bay and harbor of Centuri's easy. Avoid the north of the Isle of Capense on the right marked by a north cardinal.
The boats anchored between the Isle of capense and the port of Centuri by wind from the south or SW.

1.7nm
166°
Nice small harbour, used by yachts and fishing boats, fronts the village of Centuri and is protected by a mole for local fishering.