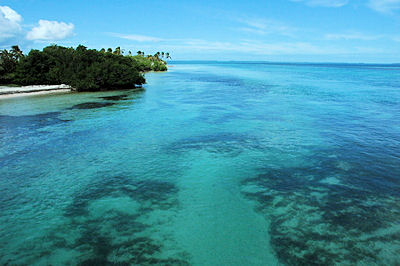 24nm
82°
Key Vaca is an island in the middle Florida
Keys, located entirely within the borders of the city of Marathon, Florida. It is often incorrectly identified as
"Marathon Key."Key Vaca is located between Fat
Deer Key and Knight's Key. Key Vaca is also connected via bridge to ...
22 Mar 10
Joëlle

10nm
244°
Boca Chica Key is an island in the lower Florida Keys approximately 3 miles east of the island of Key West.
Its name is Spanish for "small mouth", (not "girl mouth" as many assume, since chica used as an adjective in Spanish means small).It is mainly composed of salt marshes (mangroves) ...
15 Apr 10
Joëlle

14nm
86°
Bahia Honda (meaning deep bay, in Spanish) is an island in the lower Florida Keys.
Bahia Honda State Park. Founded in 1961, occupies most of the island. The channel at the island's west end is one of the deepest natural channels in the Florida Keys.Marine life is quite plentiful ...
16 Apr 12
JB

34nm
260°
The Marquesas Keys (not to be confused with the Marquesas Islands (French Polynesia in the Pacific Ocean) form an uninhabited island group about 30 miles (50 km) west of Key West, 4 miles (6 km) in diameter, and overgrown by mangrove. They are protected as part of the Key ...
8 Apr 12
Cham