Algajola was a position Genoese advanced in front of Calvi. The 1st houses correspond to the sites prehistoric and protohistoric of Tepina-Cocani and to the site of Mount St. Joseph.

The site is very picturesque but you must anchor at a distance and without any protection.
2012/05/9
Update
Jojo 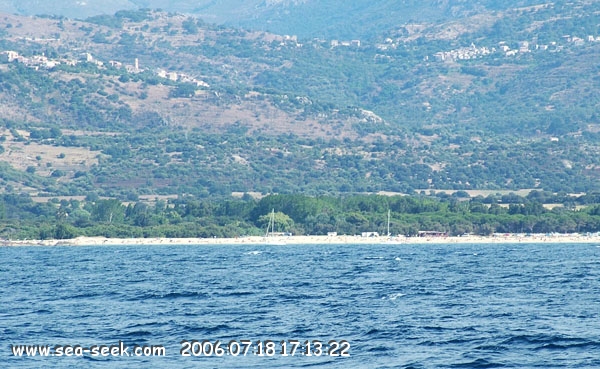 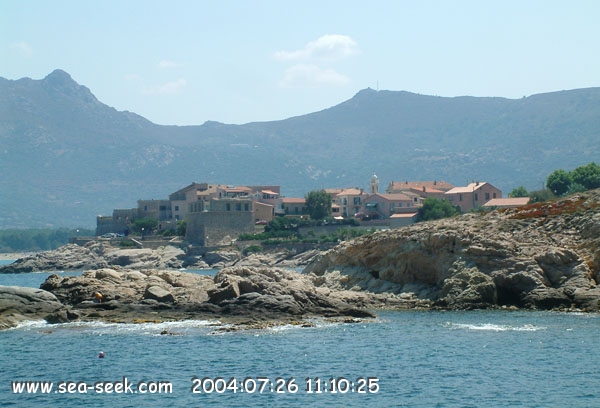 28nm
73°
Capo Sagro is located at 11 NM. S Finocchiarola islands. He has a signal station and a semaphore rises N of it.
Mount Merizatodio, 778 m high, is 1.5 MN to W Cape and dominates the immediate area. The village of Erbalunga, situated 1.5 miles SSW of Capo Sagro, stands on the S ...
6 May 12
Jojo

19nm
221°
The nature reserve, which is part of the Regional Natural Park of Corsica, occupies the Scandola peninsula, an impressive, porphyritic rock mass. The vegetation is an outstanding example of scrubland. Seagulls, cormorants and sea eagles can be found there. The clear waters, with their ...
15 May 12
dd

0.4nm
253°
The small port, San Damianu, housed a Roman port dropped from 500 to 600 BC to the twelfth century, after date will be built a defensive tower.
It is possible to anchor in the cove formed by the pier which can accommodate only small boats.
The surf is unpleasant by westerly wind.
10 May 12
Jojo

0.8nm
44°
The small bay of Fornello, in Balagne ((Not to be confused with the cove of Fornello in the SW coast of Corsica), is located just S of the Marine Davia, before "Punta di Varcale".

You can anchor by 3/4 m, in good weather, in front of the beautiful sandy beach.
9 May 12
Jojo

1.6nm
310°
At 1.3 miles in 24 ° of the tip of Sant Ambroggio, a little rock, totally insulated, covered with one meter of water, is marked by a buoy north light.
It can be hard to spot against the light. But generally in the day the presence of small fishing boats reported this shoal that ...
10 May 12
Jojo