The Sole Bank is a sand bank in the Atlantic Ocean, south-west of Cornwall. It is best known for giving its name to a sea area in the Shipping Forecast. Conventionally it is divided between the Great Sole Bank and Little Sole Bank.
2015/10/8
Actualizar
Atb
Comparta sus comentarios o fotos en "Sole" 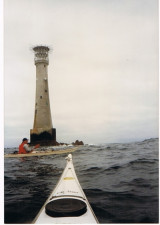