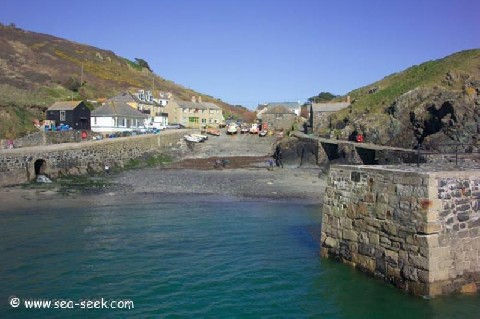 The cove is situated on the eastern side of Mount's Bay and on the western coast of the Lizard peninsula. The harbour entrance is open to the south-west but is protected by the natural breakwater of Mullion Island half a mile (0.8 km) offshore. The village of Mullion and the parish church is to the north-east, approximately one mile (1.6 km) inland. There are cliffs on either side of the cove and to the south is Mullion Cliff which is part of The Lizard National Nature Reserve and is also designated as a Site of Special Scientific Interest.
2015/10/8
Actualizar
Atb
Comparta sus comentarios o fotos en "Mullion Cove"