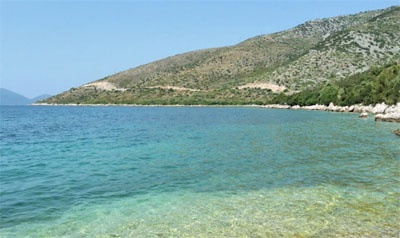 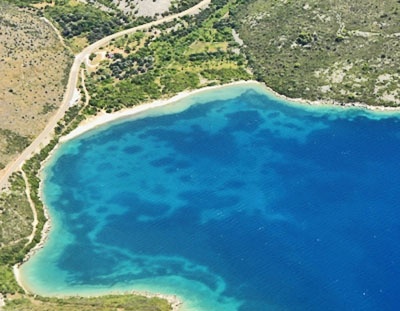 4.5nm
271°
Stonski Kanal, a deep inlet, indents the SE end of Poluotok Peljesac at the NW end of Kolocepski Kanal.
Its shore rises rapidly on each side and provides protection from NE and SW winds. The village of Brocej is situated on the S shore 3.8 miles within the entrance.
It is fronted ...
25 Apr 11
Jojo

3.7nm
198°
Otoc Jakljan, fronted by islets  (Kosmec and Crvina) on its N side, lies close NW of the SW extremity of Otoc Sipan.
A white stony peak, 225m high, stands near the center of this island and is conspicuous from seaward.
Jakljan island is separated of Sipan by a narrow passage, ...
16 Apr 11
Jojo

8.6nm
144°
The island of Lopud belongs Elaphites. It is only 4.6 km2.
It has a pleasant village and some old buildings. You'll find a sandy beach.
There are two good anchorages: uvala Lopud (NW of the island), where is the village and uvala Sunj (SE of the island).
15 Apr 11
Jojo

1.9nm
273°
This deep cove, open to the SE, offers a small port at the bottom, with a factory nearby.
S of Rt Doli, S advanced to the entrance of Uvala Doli, is an island that identifies the entrance to the cove.
Can moor behind the breakwater of the port if there is room or wet NE of the dam by 7 m.
25 Apr 11
Jojo