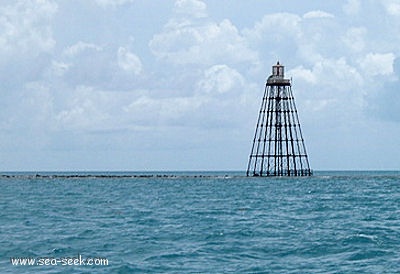 Sand Key light is located 6 nautical miles southwest of Key West, Florida, between Sand Key Channel and Rock Key Channel, two of the channels into Key West.
It is located on a reef that is intermittently covered by sand. At times the key has been substantial enough to have trees, and in 1900 nine to twelve thousand terns nested on the island.

At other times the island has been washed away completely. As of 1998, Sand Key was a sand bar with no vegetation.

It is located in lower Biscayne Bay, between Elliott Key and Boca Chita Key. 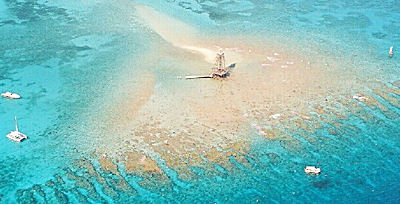 15nm
300°
The Marquesas Keys (not to be confused with the Marquesas Islands (French Polynesia in the Pacific Ocean) form an uninhabited island group about 30 miles (50 km) west of Key West, 4 miles (6 km) in diameter, and overgrown by mangrove. They are protected as part of the Key ...
8 Apr 12
Cham

13nm
50°
Boca Chica Key is an island in the lower Florida Keys approximately 3 miles east of the island of Key West.
Its name is Spanish for "small mouth", (not "girl mouth" as many assume, since chica used as an adjective in Spanish means small).It is mainly composed of salt marshes (mangroves) ...
15 Apr 10
Joëlle

3nm
265°
A convenient approach to Key West from SW, has been swept to a depth of 23 feet, and is marked by buoys.
Strangers should not attempt passage at night.
12 Mar 10
JB

3.7nm
339°
West Channel, a passage leading W from Key West between the keys and outer reefs, is deep but unmarked. It is used by shrimp boats and small craft bound toward the Dry Tortugas. Local knowledge is advised for safe passage.
15 Mar 10
soja