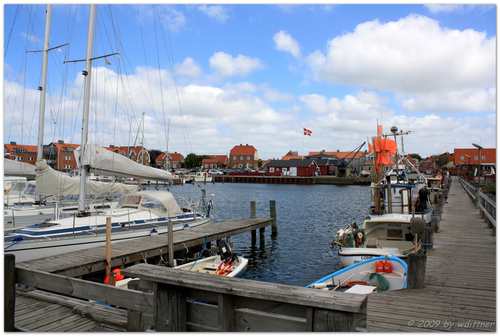 5nm
243°
Lyngvig LighthouseHvide SandeThis 38 meters tall and slim lighthouse was built in 1906 at Holmlands Klint to fill the more 100 km large "gab" between Bovbjerg lighthouse and Blåvandshuk lighthouse. It is built on a concrete foundation, while the tower is built of brick and concrete/kvadre. ...
15 Dec 09
holger

25nm
351°
Bovbjerg LighthouseLemvigA bit gloomy is the 24 meter high Bovbjerg right out to the West Coast in Ferring parish. It is a significant clay hill  that shoots out into the sea at this point. In 1876-77 they constructed a lighthouse on this place where many shipwreks had occurred. ...
1 Feb 10
Anonymous

32nm
189°
Blåvandshuk Lighthouse Lighthouse by Blåvandshuk was built in 1899-1900, since it replaced a wooden beacon which was established in 1888. The foundation, which is made of concrete, is 4 meters down into a drifting sand dunes, and this is a socket on the 2 switches ...
23 Sep 10
1rcrnhpEO