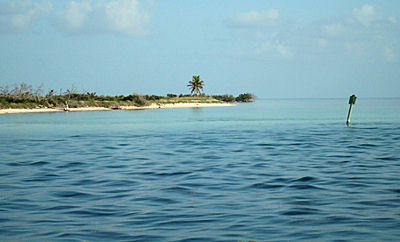 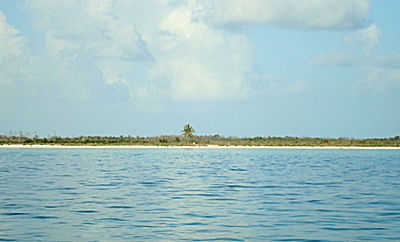 7.1nm
281°
The Marquesas Keys (not to be confused with the Marquesas Islands (French Polynesia in the Pacific Ocean) form an uninhabited island group about 30 miles (50 km) west of Key West, 4 miles (6 km) in diameter, and overgrown by mangrove. They are protected as part of the Key ...
8 Apr 12
Cham

0.7nm
177°
Boca Grande Key is located in the Outlying Islands of the Florida Keys, it is the largest and westernmost of the Mule Keys that are 9 miles (15 km) west of Key West.Well protected and uninhabited Boca Grande is the first natural harbor after leaving Key West.
15 Mar 10
bjvlb

1.8nm
317°
A good anchorage was reported SE of Mooney Harbor with a 4-foot entrance marked by pipes and deeper water within.
16 Mar 10
Bali

2nm
124°
As I heard the story, Woman Key got its name from a group of prostitutes who washed ashore on the key after a Spanish ship went down in a storm. The sailors apparently ended up on another island, which is named Man Key.Today, Woman Key is a nature preserve, part of the Key West National
Wildlife ...
14 Mar 10
Renée

16nm
82°
Boca Chica Key is an island in the lower Florida Keys approximately 3 miles east of the island of Key West.
Its name is Spanish for "small mouth", (not "girl mouth" as many assume, since chica used as an adjective in Spanish means small).It is mainly composed of salt marshes (mangroves) ...
15 Apr 10
Joëlle

2.5nm
119°
Balast Key is the southermost point of land in the continental United States. It is also the only privately owned land within the boundaries of the Key West National Wildlife Refuge.A large house on Ballast Key  is reported to be prominent.
14 Mar 10
Alain