The Lobito port was built in 1928 after the Portuguese colonial authorities granted a concession to an Englishman, Sir Robert Williams. Sir Robert constructed a railway leading from Lobito deep into the heart of the continent, to transport millions of tons of copper and other minerals.
2012/02/1
Update
Atb
Share your comments or photos on "Lobito"

213nm
354°
Porto de Luanda was founded by Paulo Dias de Novais in 1575 and settled by Portuguese colonists. It is the second busiest seaport in Angola.
15 Jan 09
anonymous 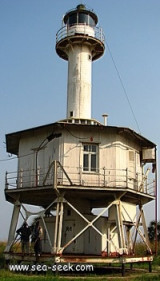