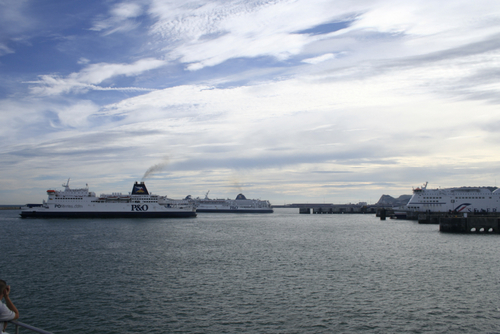 1.3nm
58°
The White Cliffs of Dover on the English coast are one of the most well known English landmarks. They can be seen from Calais and from the Channel. They hold a special value in English history.
15 Feb 15

0.9nm
208°
ROYAL CINQUE PORTS YACHT CLUBDon't neglect to visit the Royal Cinque Ports Yacht Club when in Dover.  We are situated on the harbour front with outstanding views of the harbour from the terrace.  The club is only 5 minutes' walk from the marinas, and we welcome visiting ...
1 Feb 12
Atb

1.4nm
55°
South Foreland Lighthouse is a Victorian lighthouse on the South Foreland used to warn ships approaching the nearby Goodwin Sands. It went out of service in 1988 and is currently owned by the National Trust. South Foreland was the first lighthouse to use an electric light. By 1875 ...
14 Sep 15
dd