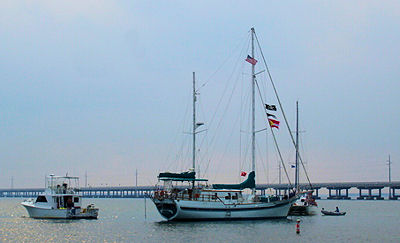 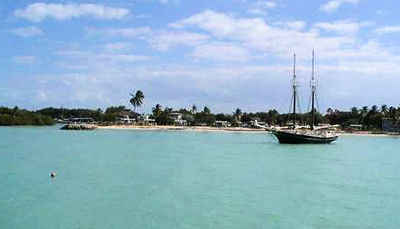 11nm
73°
Key Vaca is an island in the middle Florida
Keys, located entirely within the borders of the city of Marathon, Florida. It is often incorrectly identified as
"Marathon Key."Key Vaca is located between Fat
Deer Key and Knight's Key. Key Vaca is also connected via bridge to ...
22 Mar 10
Joëlle

1.7nm
59°
Bahia Honda (meaning deep bay, in Spanish) is an island in the lower Florida Keys.
Bahia Honda State Park. Founded in 1961, occupies most of the island. The channel at the island's west end is one of the deepest natural channels in the Florida Keys.Marine life is quite plentiful ...
16 Apr 12
JB

29nm
68°
Long Key was called Cayo Vivora (Rattlesnake Key) by early Spanish explorers, a reference to the shape of the island, which resembles a snake with its jaws open, rather than to its denizens.
In the early 20th century, Long
Key was the site of a luxurious fishing resort that ...
5 Apr 10
Joëlle

5.2nm
273°
Located between Torch Key and Big Pine Key, before the bridge that lie the two keys, the anchorage is depth of 6 feet.
Very good shelter except by strong southern winds.
8 Mar 10
Renée

5.3nm
257°
Newfound Harbor is located in the lower keys between Big Pine, the Torch Keys and
Ramrod Key.
We anchor in 7-9 feet of water on the West side of a small island called Picnic Island.
Open to Westerly winds.
8 Mar 10
Alain