Thamburudhoo is an uninhabited island near Velidhoo. There are only eight modern bungalows built here that can be rented during the daytime. For special occasions, it's possible to arrange overnight accommodation.

Thamburudhoo, meaning "lotus island" is located in the best surfing area in the inner Male'atoll. It is about 1 and half hours from Male and the airport by normal transport dhoni. Two of the most famous and most wanted waves Sultans and Honkeys break on to the reefs of Thamburudhoo.

Eastern Reef of North Male’ Atoll: Excellent, long, world-class right-hander. One of the most consistent waves of Male’ Atoll, which never closes out, even on the biggest swells.
The take-off is a steep outside peak called ‘Phantoms’, which slingshots into a very long, walled, super fast section called the ‘Pinnacles’, over four feet. All three sections can be thrilling, almost insane tubes. Rides are 100 to 150 yards.
Best on high tide with any wind from W to N.
Access by boat. 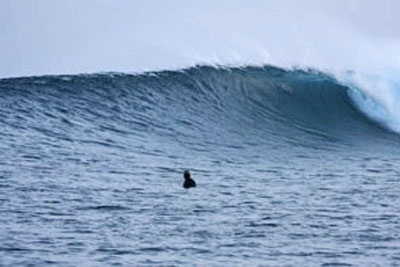 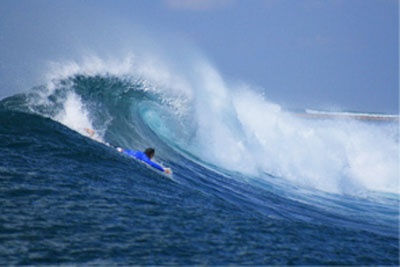 1.6nm
225°
Himmafushi, inhabited, and Lankanfinolhu (Lankanfushifinolhu), about 1.8 miles SW, lie on the same reef, with a low islet about midway between.
Himmafushi is a fishing village.Lankanfinolhu houses Paradise island resort. On the outer reef, southeast of the island, there are two ...
12 Nov 11
Jojo

0.5nm
78°
Kanuhura is in Lhaviyani Atoll. Kanuhura Maldives Beach Resort hotel is built on this island with two beautiful little island neighbors, surrounded by a turquoise lagoon.
The outer reef at Kanuhura drops down to more than 1200 meters below sea level, offering an immensely rich ...
17 Nov 11
Jojo

7.5nm
201°
Hulule, about 0.6 mile E of Funadhoo, bears some tall coconut palms; an airstrip runs the full length of the island and joins it to an islet close S. Airport buildings and a small village lie along the central part of the W side of Hulule.
The Malé International Airport is located ...
17 Nov 11
Jojo

10nm
215°
Funadhoo (Funidu) lies about 0.3 mile N of the E end of Male, and is surrounded by a reef which dries in places.
A small tank farm, with three large and about six smaller tanks,stands on the island.
17 Nov 11
Jojo