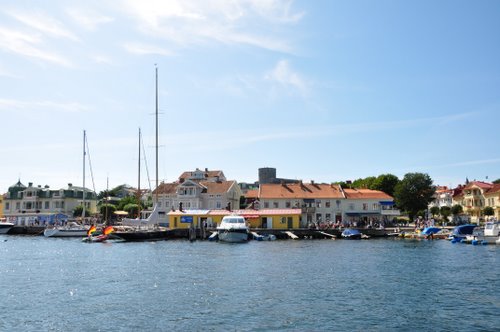 3.8nm
279°
The lighthouse at Pater Noster, situated at Hamneskär, has been in use since 1868 and was switch off 1977. The construction in cast iron is design by the famous Nils Gustaf von Heidenstam.
2 Aug 11
dd

15nm
178°
Vinga - The gateway to Westsweden
Information, slideshows and sounds from Vinga. (In Swedish). Select bilder to view the slideshows. More on this lighthouse on www.vinga.net/vi.htm
15 Apr 09
anonymous

31nm
253°
The Gray LighthouseSkagenIn 1857-58 Skagen new lighthouse was built by architect N.S. Nebelong little further out towards the branch than the white lighthouse. The 46 meter tall lighthouse ia built on a formidable foundation consisting of 429 meter long piles stk.16 is struck ...
22 Sep 10