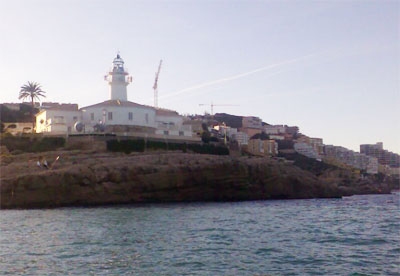 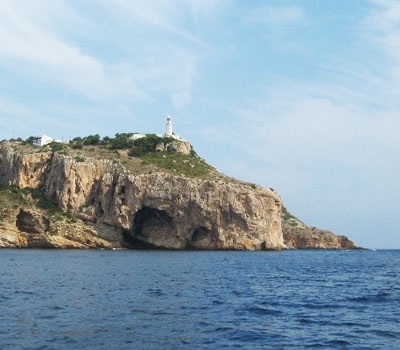 Cullera cape is a rocky promontory which stands in the middle of flat and cultivated land. It forms the NE end of the Sierra de Cullera, arranged in ascending chain which, by far, seems an island.

It is extended to S by the rock of Los Pensamientos, connected by a causeway to Cape.

S of the promontory lies the city Cullera before which lies the bay of the same name.

From Cullera cape to Valence, the coast is low and bordered by a sandy beach. Further N, the vast lagoon of Valencia (Albufera) is separated from the sea by a sandbar. El Perello and El Perellonet are two reservoirs periodically blocked by the lagoon.

In the latter part of S, island Palmar houses a village and a church visible from the sea.
N of the lagoon, many villages are spread until Valencia.
The whole coast fromSan Antonio Cape and Valencia is clear and we can usually approach it at 1NM.