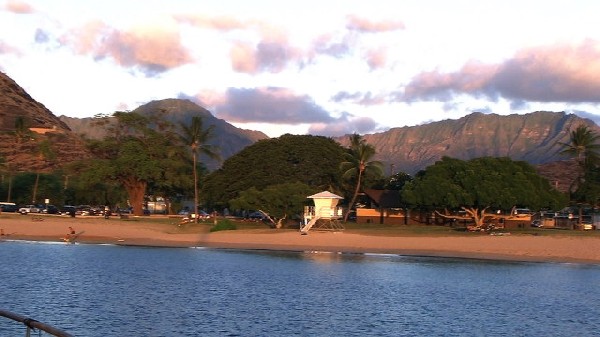 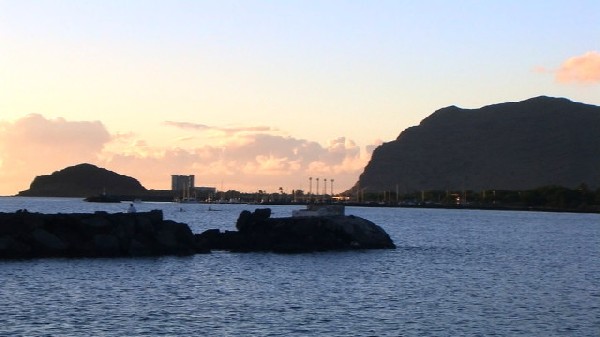 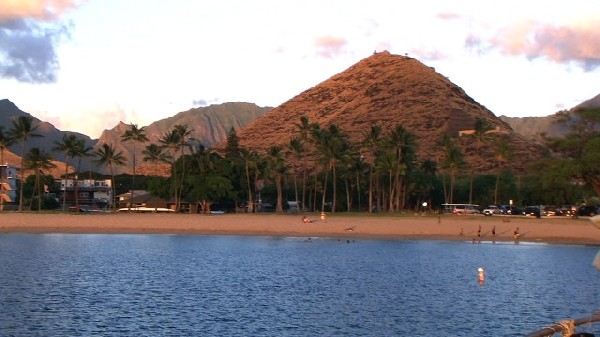 North part of Pokai Bay beach
Central part of Pokai Bay beach
The Waianae Harbor entrance as seen from inside the Pokai Bay breakwater.
Pokai Bay is a small anchorage in an old harbor on the west side of Oahu. Room for about 4 or 5 boats to anchor. Very protected except in a heavy west swell. It is the only protected anchorage on the west side of Oahu. It lies just south of Waianae Harbor and a few miles north of Ko 'Olina Resort and Marina. Sandy bottom in about 10 to 15 feet. Be sure to anchor west of the designated swimming area.
Be wary of leaving your boat unlocked if you go ashore. Leaving a dinghy ashore and wandering off is probably not a good idea. Best plan to explore the shore is put your clothes/gear in a waterproof bag and swim the short distance to the beach. There are fresh water showers close at hand.
2008/12/5
Mettre à jour
Partagez vos remarques ou photos sur "Pokai Bay, Waianae, Oahu"