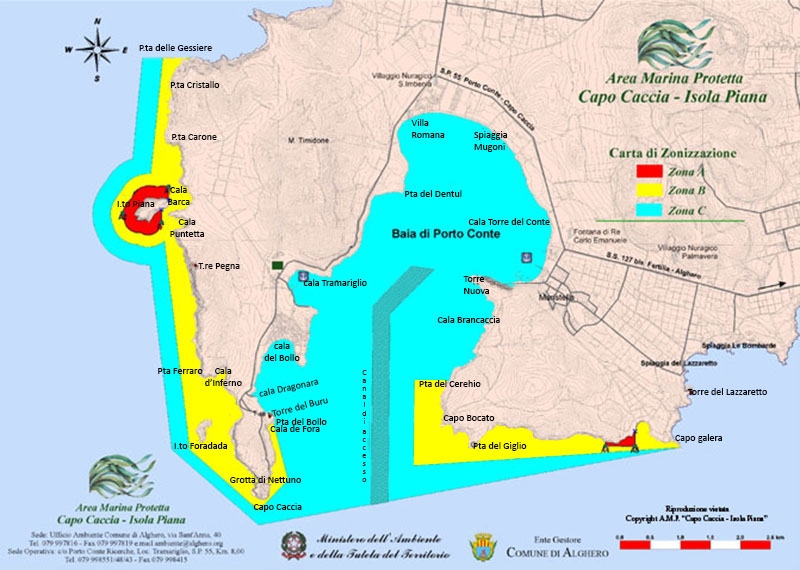 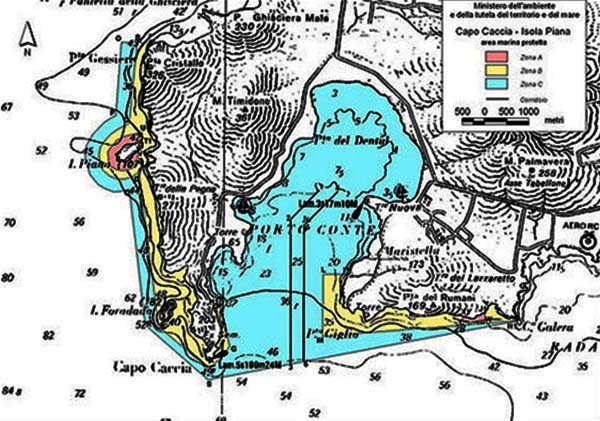 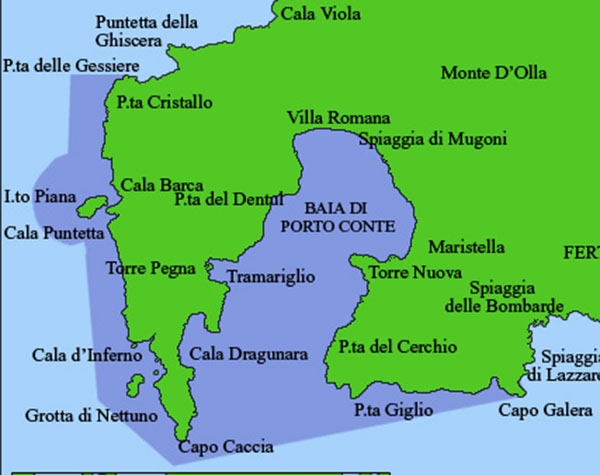 The park begins at Capo Galera to continue toward the gulf of Porto Conte that is protected by two promontories, Punta Giglio and Capo Caccia-Monte Timidone. The marine protected area embraces the stretch of sea to the north-west of Punta Cristallo.

Almost all of the park consists of limestone formations, some with sea cliffs among the highest in the Mediterranean (P.Cristallo, 326 m.). Widespread karst caves which manifests itself emerged and submerged. Famous, in the spur of Capo Caccia, the Grotto of Neptune, which extends for 2500 m.
Front of the high, spectacular cliffs of Capo Caccia stands the Foradada island, coast cut off a piece of "perforated" from side to side in a cave formed by the sea (Cave of Palombi), more to the north, the Piana island.

The presence of cavities and caves is one of the characteristic features of the coastal zone of the Park. Such number of caves that counted among the most beautiful and fascinating of Mediterraneo. A special mention should be made of the colonies of red coral (Corallium rubrum) which also form slender branches of a few centimeters. Coral by the way is one of the symbols of Alghero.

Are allowed only to scientific research and service activities such as surveillance and rescue, any other activity is prohibited.