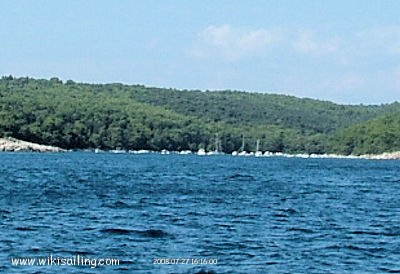 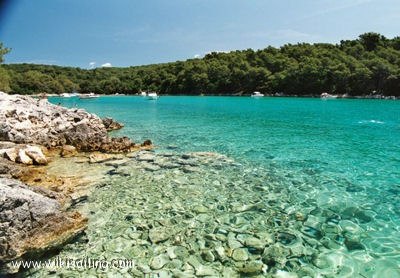 22nm
176°
Olipski Kanal leads NNW between the E side of Otok Silba and the W side of Otok Olib and merges into the N end of Pohlipski Kanal.
This channel is deep and has a minimum navigable width of 0.7 mile. It is often used by vessels proceeding to and from Zadar.
Good anchorage is ...
18 Sep 11
Jojo

22nm
172°
Otok Olib is located E of O. Silba. It belongs to Zadar archipelago.The island has been inhabited since Roman times. The residents bought their island in 1900. The only village on the island was established around the port.
To the east of the island you will find some small hidden ...
27 Jul 11
Jojo

5.8nm
29°
Rapski Kanal is deep and leads between Otok Sveti Grgur and Otok Rab.
This channel is seldom used as the fairway is only 0.3 mile wide in places and several rocky patches lie adjacent to its S side.
4 Aug 11
Jojo

22nm
181°
Silba is a small island, 8 km long where  there are no vehicles and no hotels. Inhabited since Roman times, the Latin "silva" (forest) which gave its name to the island is covered with trees.On the island there are shops, restaurants and taverns, caffe bars, post office, ...
27 Jul 11
Jojo

14nm
328°
Otok Plavnik lies with Rt Veli Pin, its N extremity, located 0.7 mile E of the E side of Otok Cres and divides Srednja Vrata in its S part into two channels.
This cliffy island is 194m high and partly wooded.
Several small islets lie on a shoal bank which extends about 1.5 miles ...
4 Aug 11
Jojo