Teluk Enggano (Engano Bay), the principal anchorage, is on the E side of the island, and has in its entrance three small islands surrounded by reefs, which always break heavily.
2012/02/7
Update
Jojo 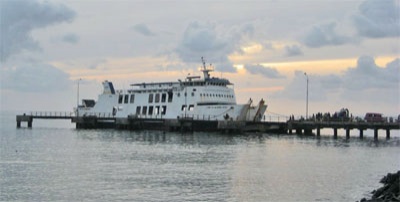