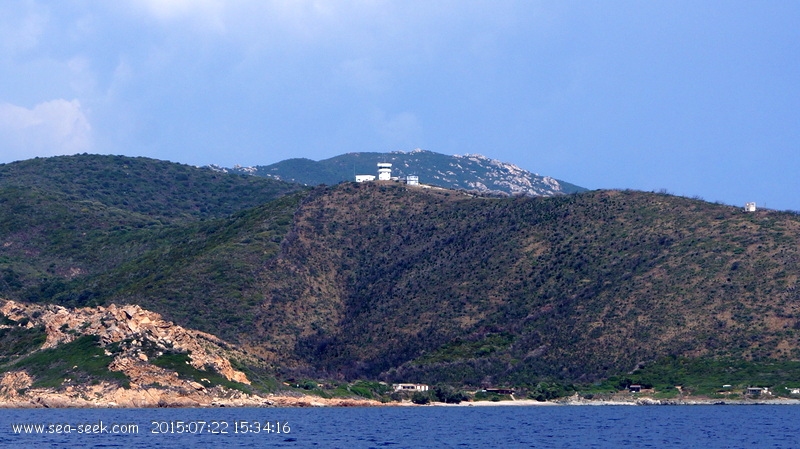 23nm
158°
SW of Corsica offers some of the most beautiful anchorages. As you get closer to Bonifacio be carreful with the weather forecast as the NW  wind can be very strong.

The range of the tide in this area is negligible. There are no regular currents along the coasts of Corse, ...
15 May 12
dd

1.7nm
180°
“Les îles sanguinaires” meaning the bloody Island as in the old days, a lot of ships sank and their crews where crushed on the rocky landscape of those sharp islands. There is a beautiful 1608 Geonese tower on one of the main island from this small archipelago.
29 Jul 15

27nm
356°
The nature reserve, which is part of the Regional Natural Park of Corsica, occupies the Scandola peninsula, an impressive, porphyritic rock mass. The vegetation is an outstanding example of scrubland. Seagulls, cormorants and sea eagles can be found there. The clear waters, with their ...
15 May 12
dd

1.1nm
91°
Anchorage along the Sanguinaires road. Coming from the West don't sail close to the coast because of the marine farms. Gently sloping bottom do not allow approaching the beach.
18 Jun 21
azerty