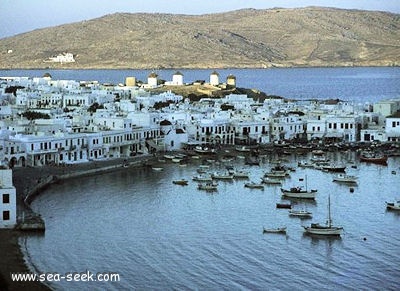 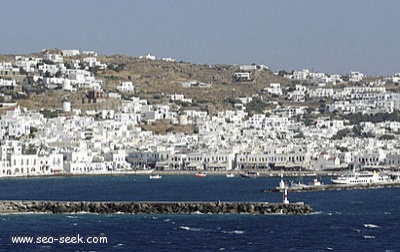 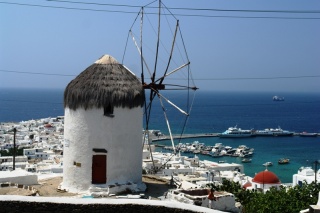 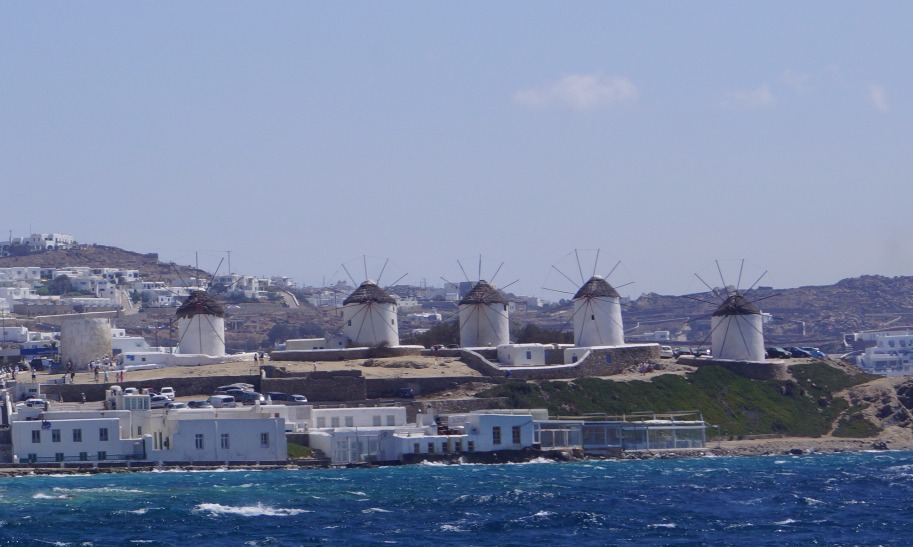 The Chora (or town) of Mykonos, unlike the other "choras" that are erected on the top of a hill, is built as an amphitheater by the sea.
The town of Mykonos, which had its largest expansion after the Second World War, developed around the "kastro" district. It consisted of the exterior facades of the houses which formed a rampart.
The most famous districts of Mykonos are:
-the Kastro district with the Paraportianni church - built in Byzantine times
The old port of Mikonos is no longer accessible to recreational boats which must go to the marina of Tourlos. There is a lively area with its fish market (early morning) and quays lined with many cafes, restaurants, - and shops.
It is from here that departures to visit Delos.
In low winds of S or E we can anchor in front of the town of Mikonos. Wet by 7 to 10 m in one or the other cove at the S of the old port. The bottom goes up fairly quickly in the two bays. By wind of S you can anchor in Ormos Korfos by 4 to 6 m on the bottom of mud and grass.
2017/09/7
Update
Joëlle 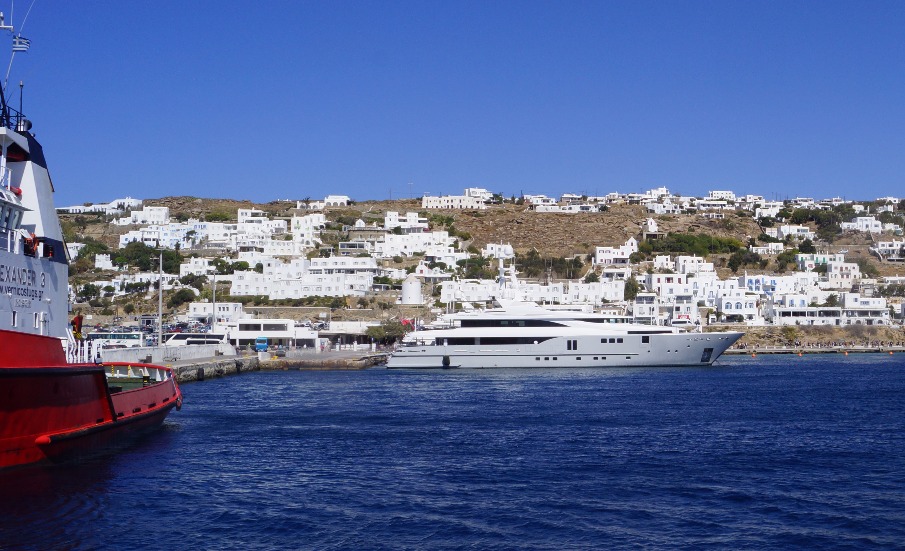 On the north quay some places available only fot big yachts.
2017-09-07
Update
Anonymous
Share your comments or photos on "Port Mykonos (Greece)"

4.4nm
218°
Delos was a religious center of the ancient world where the legend says that Apollo was born here. You are allowed to approach and anchor during the day only when the archeological site is open.Dangerous to navigate in the channel between Delos and Rinia when the meltem is blowing.
31 Aug 17

1nm
343°
All pleasure boats must go to the marina and not to the old port of Mikonos from where you will be sent back. Besides, the new harbor, about a mile north of the former, offers much better protection than the old one.This port has two entrances, one facing south (with one red light ...
7 Sep 17
Joëlle