Under the communist regime Goli Otok Grgur and were prohibited areas. All housed two prison camps.
A bay on the NW coast of Otok Grgur allows anchor if you're surprised by the Bora. This anchorage is protected from NE to S by E.
There is no shelter on Otok Prvic.
2011/08/4
Aggiornare
Jojo 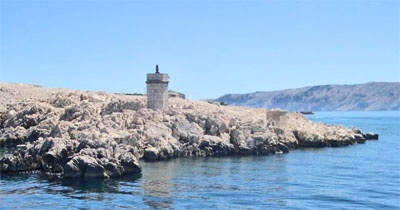