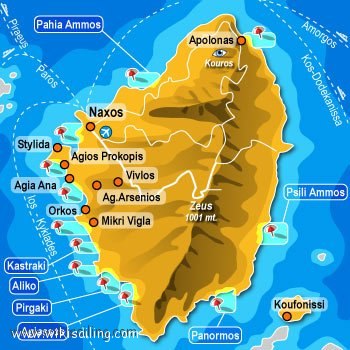 The island of Naxos situated between Mykonos, Amorgos and Paros is not only the largest island of the Cyclades (428 km²), it is also the most fertile. Little Sicily, as the Ancients called it, is a miniature continent that offers varied landscapes. The center of the island is rather mountainous. Mount Zas reaches 1000 meters of altitude making it the highest point of the Cyclades. The south of the island is arid and relatively dry while the north is green and fertile. The wealth of the island comes from its agriculture (fruits, vegetables, animals and cheeses) as well as the extraction of marble, granite and emery.
The rocky cape hides small coves of fine sand in front of a sea of ​​turquoise blue.
The island served as the capital of the Venetians of the Duchy of Naxos and one can see its traces by walking in the most beautiful citadel of the Cyclades and observing the feudal towers that still stand today recalling the importance of the " island after the XIIth century.
Naxos has 3 ports: The port of Naxos (Chôra), Apollonas and Panormos.
Naxos is the island where Theseus abandoned Ariadne, returning from Creteb to Athens. With Ariane's help, Theseus had penetrated the labyrinth and killed the Minotaur, Ariane's half-brother. Ariadne loved Theseus, who seemed to love her equally. They left Crete and the first island they landed was Naxos. Theseus abandoned Ariane on the island. Fortunately Dionysus arrived on the island and they fell in love.
Dionysus, God of the vineyard, gave Naxos fertility and good wine.
2017/09/7
Aggiornare
Joëlle 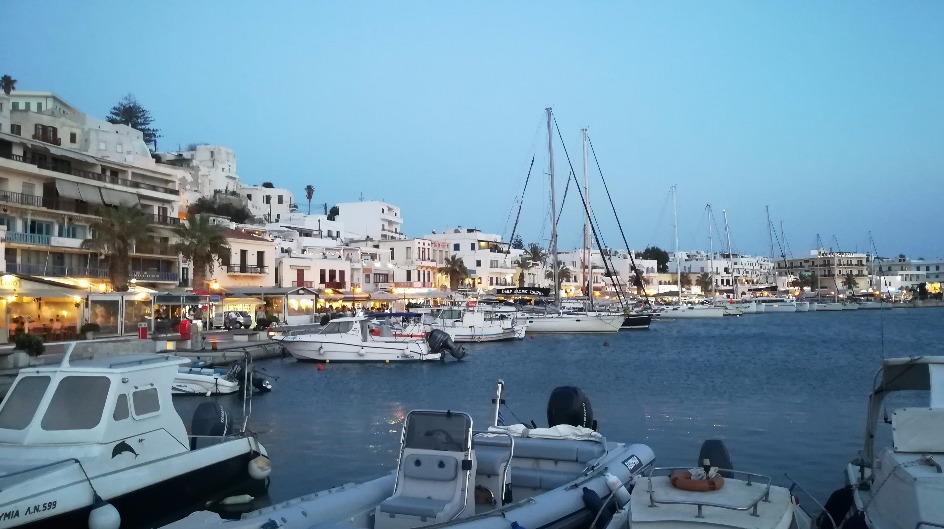