The island Alifushi (Powell islands) is located on the northern part of the Raa Atoll. The island, Alifushi, is a center for imparting traditional boat-building skills and famous for construction of fishing boats or 'Dhonis'.
2011/11/8
Aggiornare
Jojo
Condividi i tuoi commenti o le foto su "Malosmadulu Atoll (Maldives)" 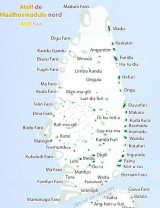 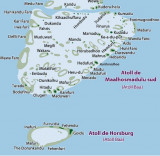