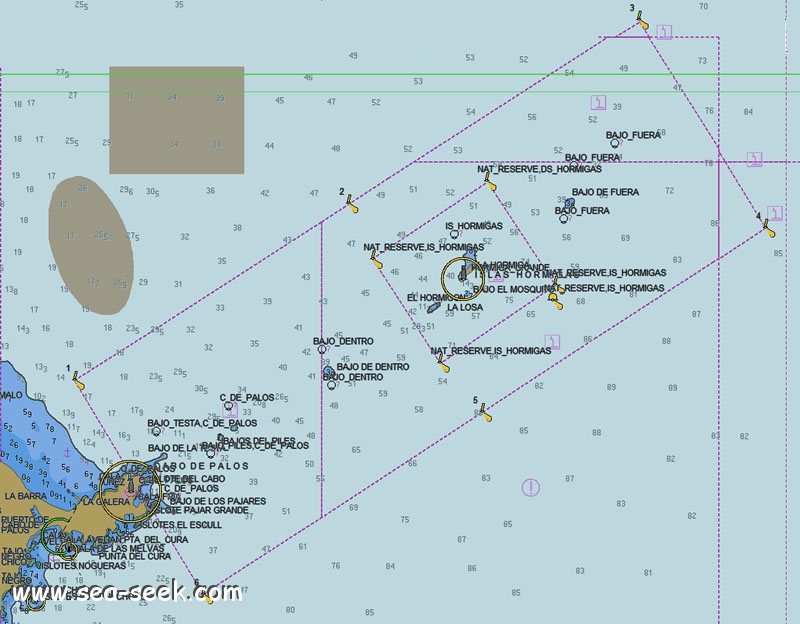 Diving in this marine reserve is made around the seamounts that are deemed to have a biodiversity and landscape breathtaking.
Caution.—Although the channels lying between Las Hormigas are frequently used, they are not recommended for vessels without localknowledge. Vessels rounding the cape are advised to stay clear of the coast and the dangers in this vicinity.
A marine reserve surrounds the islands and is marked by lighted buoys. It should be avoided.
2019/06/7
Aggiornare
Jojo
Condividi i tuoi commenti o le foto su "Islas Hormigas (Cabo de Palos-Murcia)"