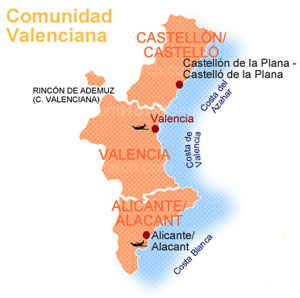 The coastline, (485 km long) low lying and sandy, with shallow water, without any geographical feature Cape Cullera, only point where the mountains meet the sea, presents a barrier of dunes and beaches and marshy areas and points freshwater, as the swamps of Puig and Jaraco (Xeraco), and above all, the Albufera of Valencia. A coastline in which lay four rivers born in the mountains - Palancia, Turia, Júcar (Xúquer) and Serpis - which includes ports with high maritime activity as those of Sagunto, Valencia and Gandía. There are also modern sailing facilities for pleasure boats and lively tourist centers.
2012/05/19
Aggiornare
Jojo
iberostar club cala barca portopetro
2015/05/2
Aggiornare
Condividi i tuoi commenti o le foto su "Costa Valencia" 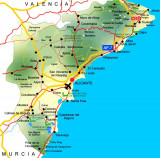