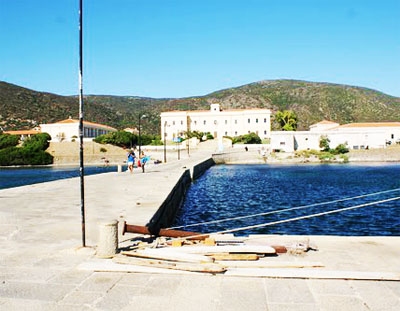 The cove Delle Reale, large bay that hollow central part of the island Asinara and where there is one of the best existing anchorages on the coast of Sardinia.
CORRECTION marine reserve mooring navigation banned in 1M tape around the island (see guide imray2008).  It is however possible to dock at the quay or at some mooring buoys located in the bay.
Quay:
34 b (<45 m)
Depth: 5 m head west pier, jetty east around 2 m.
Tel: Cormorano Marina tel. 079.512290Mail: info@cormorano.it

His name appeared in 1700, stems from the fact that the location was chosen as the site of the Kingdom of Aragon.

Safe landing site that allows any wet weather, although lowland farm to which I have been the cause of numerous shipwrecks at all times.
A few hundred meters from the ferry wreck of a Roman ship has generated considerable archaeological interest.

In the cove there are also buildings used for disinfection and quarantine of ships in transit.

These structures were used when Asinara now open to residents who had moved to Stintino, has become a health and international penal colony.
2012/08/30
Aggiornare
Joëlle 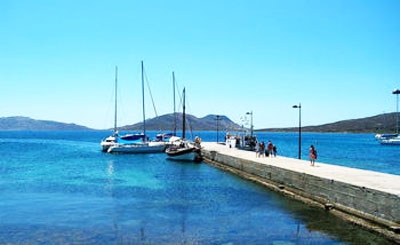