Anchorage may be obtained in any part of the bay according to draft. It is the best anchorage in the E part of Baia de Ilha Grande, and is sheltered from all winds.
2016/01/18
Mettre à jour
Joëlle 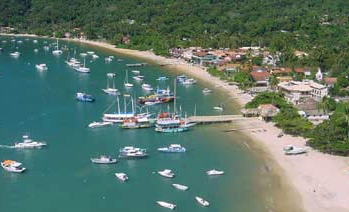