Arabian Sea
The Arabian Sea is a northwestern extension of the Indian Ocean, positioned between India, Oman, Pakistan and Yemen, and Cape Guardafui in far northeastern Somalia. The sea connects with the Persian Gulf through the Gulf of Oman and the Strait of Hormuz. In the southwest, the Gulf of Aden connects it with the Red Sea. The most significant ports in the Arabian Sea include Karachi, Pakistan, and Mumbai, India.
2007/12/23
Mettre à jour
Partagez vos remarques ou photos sur "Arabian Sea" 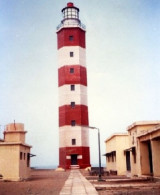