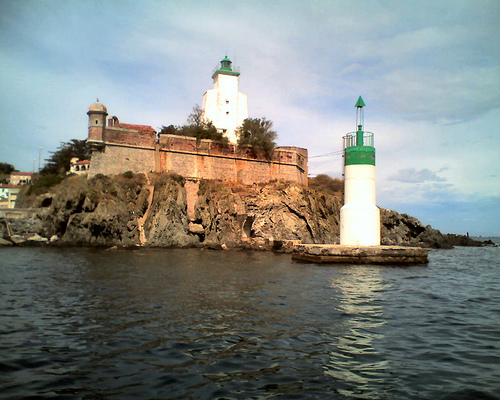 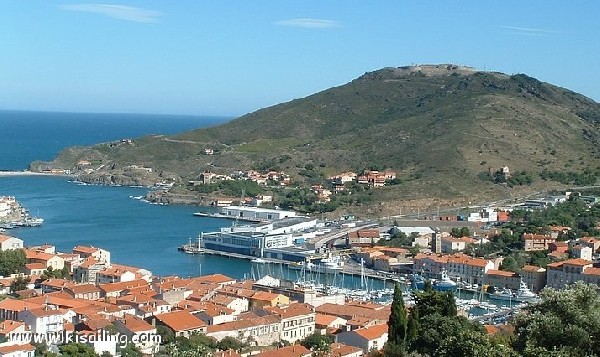 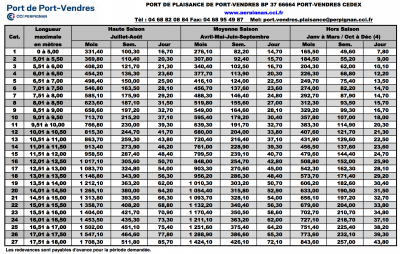 Port-Vendres takes its name from Portus Veneris, the port of Venus, France's last deep-water port, situated on an attractive rocky coast at the heart of a traditional Catalan citadel whose port activities keep it buzzing with life all year round. Port-Vendres marina is a greatly appreciated stopover for lovers of ocean navigation. It provides good shelter from sea and
swell.

The strongest winds in this vicinity are those from the NW, E, and SE. Storms often accompany strong E and SE winds. The high hills, which rise abruptly near the harbor, generally shield the area, but strong NW winds sometimes sweep through the gap in these hills and hinder navigation.

Mole Abri, a breakwater, extends 250m NW from the shore. The harbor is entered between the head of Mole Abri and Pointe du Fanal, 300m SW. A yacht basin is situated in the S part of the harbor.
There is 798m of total commercial quayage, with depths of 6 to 8m alongside, and facilities for ro-ro vessels. Vessels up to
155m in length and 8m draft can be accommodated.
Aspect.—The harbor lies at the foot of the E ranges of the Pyrenees, and vessels approaching from seaward in fine weather can distinguish these mountains from a great distance. The coast to the N of the harbor is low and flat.
Prominent landmarks include Fort Saint-Elme, which stands on a hill 0.5 mile W of the harbor, and Redoute du Fanal Light, which stands on the W side of the harbor entrance.
A lighted range indicates the entrance channel. The front mark, which is difficult to distinguish by day, is a red pillar on a white base. The rear mark is a square tower with a red roof bearing a stripe in the middle, with red and white squares.